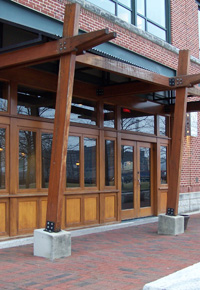 When it comes to African Mahogany, there’s a reason many consider it inferior to its South American cousin. African Mahogany is actually just as much part of the Mahogany family as so-called Genuine Mahogany. Despite the misnomer, the clarifying name “Genuine Mahogany” originated in order to distinguish the premium species from what can sometimes be unreliable. Although African Mahogany can be an overarching catch-all term for a variety of species, the discriminating buyer can ensure a consistent, high-quality shipment. The key is in recognizing the various species within the Khaya genus.

First of all, you need to realize that not all lumber sold under the name “African Mahogany” is genuinely mahogany, at all. It can sometimes include Sapele or Utile (a.k.a. Sipo). While those other African species certainly have some great qualities, they’re clearly not mahoganies, and a shipment that includes those species along with some African Mahogany mixed in certainly won’t give you a product with consistent coloring, hardness, density, etc. If you didn’t notice the differences in appearance, you would definitely notice an issue once you started working with the wood. Once you make sure your entire order will be fulfilled with only true African Mahogany, you’re off to a good start. 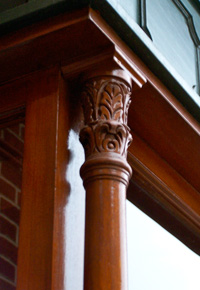 The Khaya genus grows throughout Western and Central Africa. These hearty trees are resilient in both exceptionally dry and wet climates and with a variety of soil compositions. With heights to 120 feet and boles of 50-60 feet in diameter, there’s plenty of Khaya to go around. Within the genus, though, there are many species, of which these are the most significant: senegalensis, ivorensis, anthotheca, grandifoliola. Some believe ivorensis to have the best properties and appearance, but depending on the region and its specific climate and soil chemistry, the silica content and density of the wood can vary greatly even within a specific species. 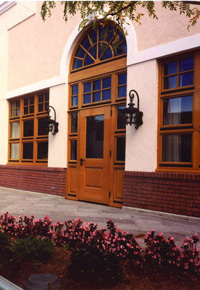 Undesirable African Mahogany comes from areas with soil with high silica content, intense sunlight, and drastic changes in climate throughout the year. As a result, these samples can be recognized as having these characteristics: pale pink coloring with brown flecking from large pores; minimal ribbon striping; many pin knots. Workability is clearly compromised: unpredictable, interlocking grain that includes soft areas causing fuzz and tear-out during planning; brittleness despite similar hardness; difficulty in achieving a smooth finish. Although a belt sander can help create a smooth finish, this kind of African Mahogany is generally considered paint-grade lumber.

By recognizing premium Khaya at the lumber yard, you can avoid problems associated with some African Mahogany while still benefiting from prices far lower than Genuine Mahogany.

We have provided fine lumber for notable projects throughout the world, including the Capitol building, Supreme Court building, Smithsonian museums, the White House, and celebrity homes nationwide. END_OF_DOCUMENT_TOKEN_TO_BE_REPLACED